“… A single firm had the most accurate polls in Florida, Pennsylvania, Michigan, North Carolina, Ohio, Colorado, and Georgia—the up-and-coming Trafalgar Group, headed by Robert Cahaly. Trafalgar was also perhaps the only pollster to correctly call Michigan and Pennsylvania for Trump.”

“Each of those [PA, MI & FL RealClearPolitics ] averages went a little toward Trump at the end, thanks to GOP pollster Trafalgar Group.”

“We were surprised at how many people thought it was not going to be a Trump win. It was shocking to us the ridicule we were getting.,. There was one guy who simply tweeted us [@trfgrp] “bullocks” and that night he said, ‘May I withdraw my bullocks?’”

“In Michigan and Pennsylvania, deep blue states the GOP candidate has not won in decades, polls showed the race tightening in the home stretch, but only one poll, from Trafalgar Group, showed Trump with the lead”

“A small, somewhat quirky polling firm in Atlanta went against the grain. It predicted Trump victories in Michigan and Pennsylvania on the eve of voting and turned out to be right when all of the national firms were wrong.”

“Enter the folks at the political consulting firm Trafalgar Group. They’re emphatically supporting the idea that Trump has a large number of shy voters based on a potentially brilliant question they asked battleground state voters in their surveys.”

“They were right on the money on this. They found a way in their poll to uncover and detect the silent Trump support.”

“Robert Cahaly, senior strategist at the Trafalgar Group, had the only poll that showed Trump winning in the key states of Michigan and Pennsylvania.

What was different about his poll?

Cahaly discusses how he found the secret ‘Trump surge vote’.”

“Trump went into the race [in Florida] with a lead of .2 percentage points, according to the Real Clear statewide polling average. Trump earned 46.6 percent compared to Clinton’s 46.4 percent. The final poll in the state published by the Trafalgar Group revealed that Trump led by 4 percent.”

“The Pollster Who Foretold the Trump Tsunami: Robert Cahaly, derided by Nate Silver as a C-rate pollster, gets the last laugh on 2016.”

“Few, it seems, paid attention to the surveys from the Trafalgar Group – a Georgia-based consulting firm…The group’s Pennsylvania poll was the only one of dozens since late July to show the GOP nominee in the lead there”

“When it came to individual battleground states the performance was mixed. Florida, for example, which has been on a knife edge, has divided pollsters, Trafalgar Group and Remington gave Mr Trump a lead, three other organisations, including Opinion Savvy and Quinnipiac put Mrs Clinton slightly ahead.”

“Republican nominee Donald Trump holds a slight lead over Democratic nominee Hillary Clinton in Michigan on the eve of Election Day, according to a newly released poll, Trafalgar group, a Republican leaning firm.”

“On Wednesday, I’m either going to be guy who got it right, or nobody is going to listen to me any more,” responded company CEO Robert Cahaly. “That’s why … [and] I take this craft seriously,”

“You can knock them if you like for not having done a national poll, but those hits in PA and MI are probably the most outstanding calls of the year. Hats off to them.”

“Polls Show Your Neighbor is Voting for Trump: Unorthodox survey suggests support for GOP nominee grows when self-consciousness not a factor.”

“According to one of the participants, Robert Cahaly, a senior strategist at the Republican polling firm the Trafalgar Group, an absolutely key part of the general polling misfire during this election cycle was the apparent prevalence of “shy voters” who supported Trump but felt socially awkward about saying so.”

“The methodology got a “C” from Nate Silver’s FiveThirtyEight.com, but it ended up being closer than FiveThirtyEight’s system of consolidating results from a large number of polls that mostly were skewed wrongly toward Hillary Clinton.”

“Robert Cahaly of the Trafalgar Group… said the problem is not paying enough attention to the margin of error present in each survey. ‘We never thought he was going to lose Florida,’ he said. Cahaly also picked Trump to win Pennsylvania.”

Trafalgar in the Washington Times 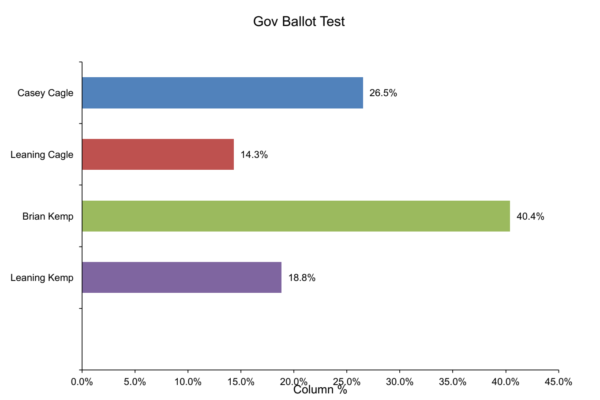 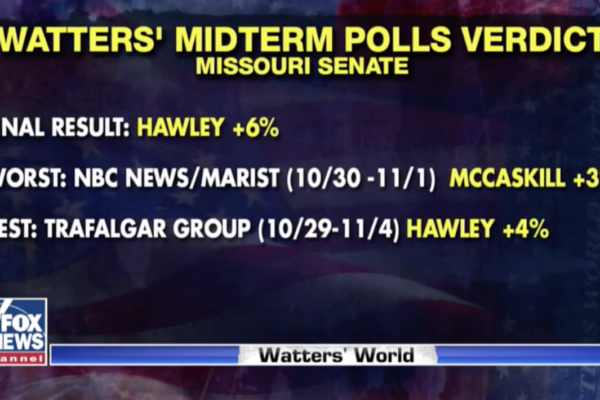 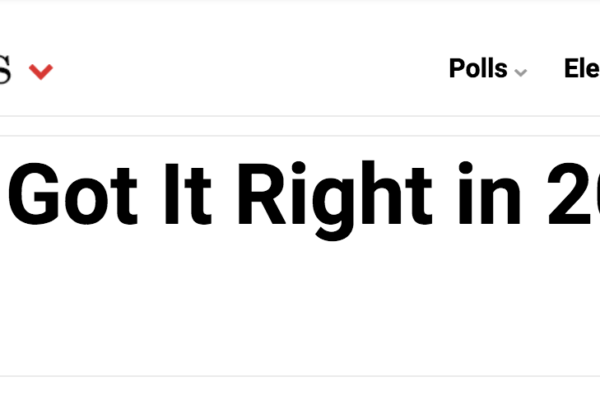 Real Clear Politics: Pollster Who Got It Right in 2016 Does It Again